The demand of industrial spaces, driven mainly by Retail

Despite the pandemic, the real-estate industrial market remained busy during the first three quarters of 2020 and development plans for 2021 are very encouraging. The e-commerce market, courier, retail and related logistics sectors had a positive evolution in the first nine months of 2020, as shown in the total volume of transactions, which doubled in comparison with the same period of 2019. The logistics and industrial space pipeline remains consistent for 2021, with over 400,000 sq.m planned or already contracted. The rent level remains constant, at 3.7-3.9 euro/sq.m/month, and most contracts are signed for a time interval of 5-7 years or even 10.

The total industrial leasing activity in the first nine months of 2020 reached 613,000 sq.m, a value almost double compared to the same period of the previous year. 82% of the transactions (504,500 sq.m) were represented by take-up (leasing activity excluding renewal and negotiations), out of which 47% were pre-lease deals. Most transactions (42%) took place in the third quarter of 2020.

Bucharest concentrated 61% of the total leasing activity. In the rest of the country, the most animated were West/North West and South regions. According to CBRE report, large scale transactions were concluded in the first months; the ascending trend was continued in the third quarter, with important transactions such as PepsiCo deal, for renting 6,500 sq.m in the Eastern part of the country (Constanța), or the expansion of the fashion retailer LPP with 22,200 sq.m in WDP Ștefănești Industrial Park.

The main destination of the total leased space was Storage (39%), followed by Distribution (28%) and Logistics (22%). The rest of 11% was represented by Production and Other activities. Almost half of the total leased area was contracted by retailers (48%), operating in different market segments – e-commerce, food & beverage, fashion, furniture.

Rodica Târcavu, Partner Industrial Agency Cushman & Wakefield says: “We find that the local market has a dynamic, positive evolution, Romania being a market still in development, with considerable growth potential in the next 5-10 years. We are ahead of Hungary, the Czech Republic or Slovakia in terms of stock, but we are far from the level of Poland, which has a stock of over 20 million square meters.” In the last year, Cushman & Wakefield has traded over 70,000 sq.m, with customers from the logistics, traditional and online retail and pharmaceutical industries. The contracts have medium and long time durations, from 5 to 7 years, and even longer than 10 years.

Costin Bănică, Head of Industrial Department JLL Romania, considers that the evolution of the industrial market in Romania could be compared – in some respect – to that in Poland, not in terms of volume, but in terms of level of enthusiasm and activity. “Both from the developers and from the tenants we noticed positive expectations regarding the evolution of the local market. A slightly different situation I would mention in Bulgaria, where I have witnessed in recent years an enthusiasm and a positive attitude from investors, but this state of mind has not been transposed in trading volumes, which have remained at a reduced level.”

Considering also the economic and social context, investors were generally cautious, the speculative component being quite small. However, there were also situations in Bucharest, Timișoara or Cluj – the mature markets from an industrial point of view – in which speculative spaces of larger dimensions (10,000-20,000 sq.m) were developed and which found their tenants a little harder in the past months. “A more difficult period will follow for some landlords, but the good thing is that they intensified their actions to attract tenants. Overall, at the end of the third quarter, vacancies had a share of about 5% in the entire stock in Romania, slightly higher in Bucharest (about 6%)”, Costin Bănică says.

The stock of modern industrial spaces reached approximately 4.84 mln sq.m by the end of September 2020, which represents an increase of 5% in comparison with Q3 2019. The estimation was to overpass 5 mln sq.m until 2021.

Laurențiu Duică, Partner & Head of Industrial Agency at Colliers International Romania estimates that approximately 7-8% of this total volume is vacant spaces, both nationally and in the area of Bucharest and Ilfov County. “Given the fact that in the past years the degree of vacancy was 4% in Bucharest and Ilfov, and in the country the average was around 6%, we can consider that the local market becomes slightly favourable to tenants, allowing them to negotiate trading conditions from a slightly more advantageous position. These vacancies are either new volume delivered this year or older Class A storage buildings, which are around 10 years old and from which tenants have relocated to modern spaces in more logistically and operationally advantageous areas.”

Despite the pandemic, the real-estate industrial market remained busy during the first three quarters of 2020 and development plans for 2021 are very encouraging. The e-commerce market, courier, retail and related logistics sectors had a positive evolution in the first nine months of 2020, as shown in the total volume of transactions, which doubled in […] 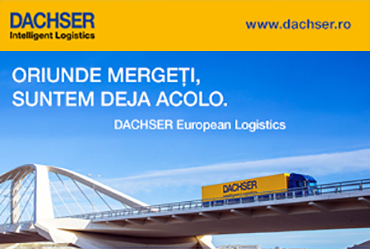 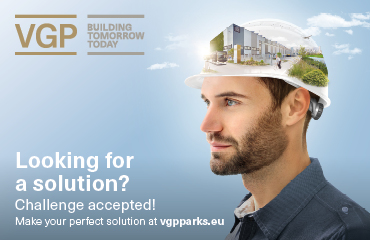